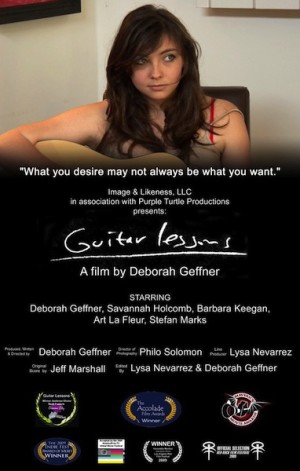 Synopsis: A married woman, Claire fantasizes about an affair with her daughter’s guitar teacher, only to learn that her desires lead to a tragic loss.

Guitar Lessons features an original score by Jeff Marshall. Click here to see paintings by Anna Forward that are featured in Guitar Lessons.

Guitar Lessons screened at the following festivals around the nation: